Zaclon is Born!   Inspired by the concept of operating DuPont’s Cleveland Plant as a standalone small business, the MTP (Management Training Process) team turned its attention to determining what that really meant and how far DuPont would go to implement the concept.  The team determined that three key elements which could led to success were: Hiring their own sales force. Incentivizing all employees through a profit sharing and bonus plan. Shedding DuPont corporate overhead costs related to numerous corporate mandates and objectives. Armed with these needs, Joe Turgeon (Product Manager), Stu Schenk (Cleveland Plant Manager), and Jim Krimmel (Cleveland Operations Manager) traveled to Wilmington Delaware to convince DuPont management of these needs and to present the resulting economic projections for the Cleveland plant.  The team met with limited success. Sales Force -  The MTP team felt strongly that the sales effort being put forth by the DuPont marketing division was too diluted and lacking in focus.   As Joe Turgeon put it, “What we have is a bunch of “one percenters” who might call on a Cleveland Plant customer on their way to a “real” account buying titanium dioxide or another of DuPont’s large volume products.”  Cleveland Plant customers, mainly in the galvanizing and welding rod industries, while important, did not generate the kinds of sales revenue favored by DuPont.  The 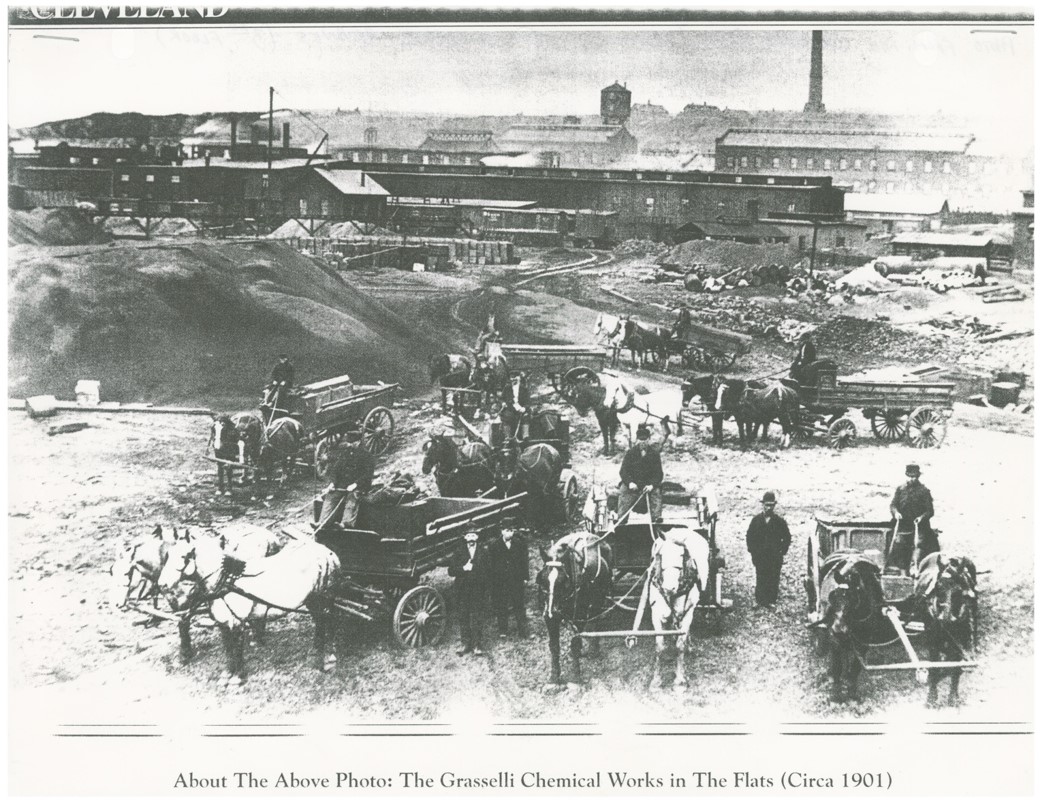 With the startup of Grasselli’s Cleveland Plant in 1866, the plant began shipping sulfuric acid to John D. Rockefeller’s #1 refinery which was conveniently located ½ mile from Grasselli’s plant.  But Rockefeller’s refinery was not the only one in Cleveland.  In fact, by 1867 Cleveland had become the unquestioned center of the oil refining business in the United States with fifty oil refining plants.  Large quantities of sulfuric acid were essential to wash the gasoline, coal oil, and the other products of distillation.  The Grasselli Chemical company prospered. Because of the high demand for sulfuric acid in Cleveland, new sulfuric manufacturing plants soon sprung up including the construction of a plant by Marsh & Harwood directly across the street from Grasselli’s Cleveland plant.  As a result of the overcapacity, prices and profits in the Cleveland market collapsed.  Caesar and Eugene began to look elsewhere for lucrative markets and built manufacturing plants in New Jersey, Delaware, West Virginia, and Indiana.  They also bought Lodi Acid Works near Pittsburgh in a 50/50 partnership with Marsh & Haywood.  Although their business plan emphasized mainly sulfuric acid, Caesar and Eugene sought to soften the blows from the inevitable collapse of market sectors by adding new products to their production facility in Cleveland and elsewhere.  In 1869, nitric acid and muriatic acid (HCl) were 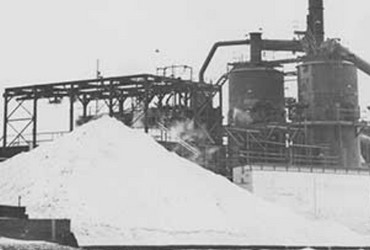 The Cleveland Plant is Born! The year is 1836 and an Italian entrepreneur named Eugene Grasselli is eyeing America as the land of opportunity. Eugene had been working in his father’s growing chemical manufacturing business located in France. The industry was in its infancy and Eugene was anxious to strike out on his own. Eugene Grasselli had been educated in Strasburg and Heidelberg where he learned the art of Sulfuric Acid manufacture from his studies while under the tutelage of his father, Giavanni. So, Eugene left the comfort of his home in France, and set out for America. The journey took 5 ½ months, crossing the Atlantic in a small sailing vessel. The trip was perilous but in early 1837, Eugene landed in Philadelphia. He had 2 cents in his pocket. In Philadelphia, Eugene found employment with Farr & Kunzie Chemical for $1 per day. While working for Farr & Kunzie in Philadelphia, Eugene struck up a friendship with another local chemical manufacturer named DuPont. This friendship would come into play later. Eugene worked for Farr & Kunzie for two years until in 1839 he decided to set out for Cincinnati, Ohio in order to start his own Sulfuric Acid manufacturing plant under his own name, Grasselli Chemical. Grasselli’s first sulfuric acid plant started up in 1839 in Cincinnati. Cincinnati had a thriving soap industry (think P&G) and sulfuric acid was in high demand for soap processing. Grasselli’s Cincinnati plant thrived selling mai